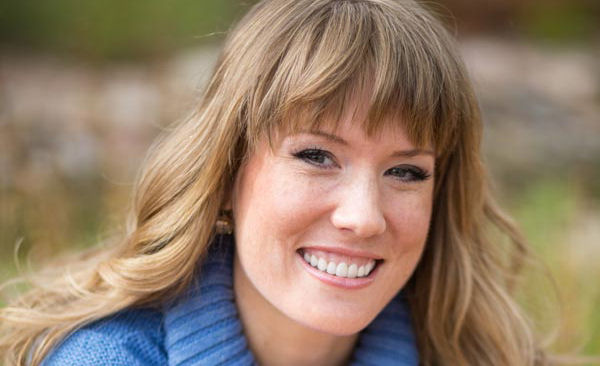 We interview CuriosityStream’s CEO Elizabeth Hendricks North who recently made the transition to veganism.  Elizabeth oversees all strategy and operations for CuriosityStream, the world’s first ad-free streaming service for documentary programming and its companion businesses.

What prompted your interest, and ultimately your transition, to a vegan diet?

I’d always been aware of the importance of good nutrition and practiced what I believed to be healthy eating habits. But, like most people, it was hard for me to know exactly what to do. There’s so much conflicting advice out there, and it’s tough to distinguish the legitimate, science-based recommendations from the marketing rhetoric (low-fat, fat free, low sugar, etc).

Then, at the beginning of last year, I experienced a series of unnerving health scares. Around that time, I attended a book reading for The Humane Economy, written by my friend and CuriosityStream board member Wayne Pacelle. I was struck by how much I didn’t know about where our food comes from, and how so much of the food industry is based on exploitation—of animals, resources and even people. But, Wayne also opened my eyes to the fact that it doesn’t have to be this way, that we as consumers have a choice. Based on this newfound insight, I decided to give the vegan diet a try.

What are some of the changes you’ve experienced as a result?

I experienced nearly immediate benefits of my new plant-based diet. The astounding improvements in my health and fitness inspired me to stick with it and to learn more. I dove into the research, from The China Study to Eat To Live to Dr. Michael Greger’s How Not To Die. One thing was clear from all of these renowned authors: adding minimally processed fruits and vegetables to your diet is the single most important thing you can do to improve your overall health. Eliminating meat and dairy is the other most powerful measure you can take toward your future health. The more I read, the more I was convinced, and the more I saw my own results (better running times, increased energy), the more steadfast I became in my resolve to stick to it.

What are some of the biggest misconceptions or myths about a plant-based diet?

First, it doesn’t have to be a dramatic shift. You don’t have to wake up one day and swear off all animal-based foods forever. You can start with simple steps, like adding an additional serving or different variety of vegetables to your plate at each meal. Or eating an actual orange, rather than just drinking bottled orange juice. Switch to minimally-processed, whole grain bread instead of the mass-produced, white bread that’s full of stuff you can’t even pronounce.

Second, a lot of people think they could never be vegan because they just don’t like vegetables. Perhaps they grew up being forced to eat mushy, over-processed, factory-canned vegetables by parents who thought they were doing the right thing. But, it really just left a bad taste in their mouth. There’s an incredible variety of delicious vegetable-based dishes and recipes out there that will absolutely change your perspective on plant-based foods. It’s not just about eating salad for three meals a day. Most people are surprised at how proper preparation of vegetables unleashes new flavors. I’ve seen some of the staunchest meat-eaters I know become blown away by delicious plant-based meals.

As a CEO, what steps can employers take to support the health and well-being of their employees?

It’s beneficial for the wellbeing of a company and its employees that employers do whatever they can to encourage good health and nutrition among their employees. The rise in chronic diseases, primarily the result of poor diet, has a direct impact on employee and company success. Employees who are chronically ill are not only inefficient and less productive at work, but they also drive up the cost of health care – and health insurance.

At CuriosityStream, we provide a weekly fresh fruit delivery to our office café, which we’ve just recently updated, giving the entire staff a place to not only prepare healthy lunches, but sit and enjoy them in an invigorating and energetic space. And, during our semi-regular office-wide lunches, Sweetgreen (a local salad venue) is always on the menu, providing plenty of options to the many healthy eaters on our staff.

What tips would you offer to anyone who’s considering going vegan or who has just begun the transition?

Number one: do the research and educate yourself. Don’t do it just because it’s trendy or the latest fad. Make sure you understand why it’s important, and more importantly, what to eat to ensure you’re getting the best nutritional benefit and crucial nutrients. As with every other diet out there, there are those who are looking to profit off of uneducated consumers. Our Prescription: Nutrition documentary is a great place to start in getting an overview of why a plant-based diet is the key to better health and longevity.

Second, be adventurous! Experiment with new recipes, new fruits and vegetables, and new combinations of your favorites. Being vegan doesn’t mean you have to eat boring food. There’s an entire culinary Renaissance going on right now in plant-based cuisine, and we cover some of this in Prescription: Nutrition. Step out of your comfort zone! You might be surprised at what you discover.

Finally, remember that not everyone will share your philosophy or want to get onboard with your new lifestyle. And, that’s OK. I’m the only vegan in my group of close family and friends though I see efforts by others inspired by my diet. For example, my husband adopted my morning green smoothie ritual, and we often eat meatless dinners together now. Educate and share your experience and the benefits you’ve seen when you can and where appropriate. But, be careful not to judge others for their food choices or feel like you have to “convert” everyone. As you make the transition, I’m confident your newfound vibrancy and energy will speak volumes to those around you.