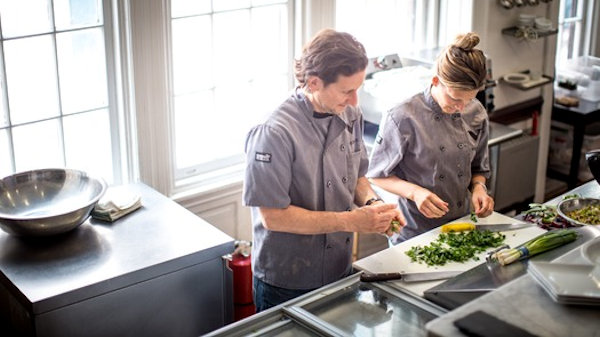 It’s a curious thing that Philadelphia, a city so renowned for its cheesesteaks and roast pork sandwiches, could also foster one of the nation’s most robust vegan food scenes, with new additions popping up every year. Upscale diners can find delight in the shared plates at Vedge and the coursed and home-style elegance of Miss Rachel’s Pantry, while those seeking a quick bite can swing by Goldie for falafel or Blackbird Pizza for fare that is more traditionally Philadelphian. Factor in some coffee shops, bars and even a diner (The Tasty) and a deli (LUHV Vegan Deli & Bistro), and vegan eaters will see—and taste—that the city’s offerings have something for every palate, day or night. Here’s a look at some of Philadelphia’s vegan treasures: