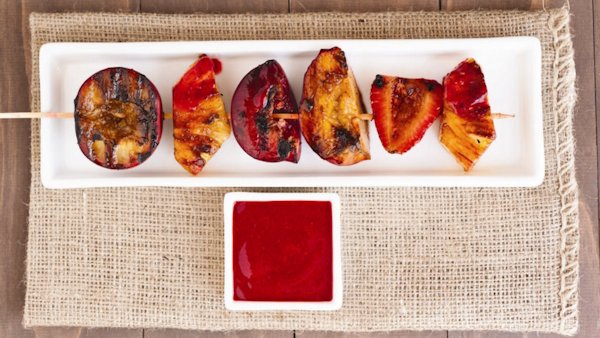 When vegan cookbook author John Schlimm throws a summertime barbecue, don’t expect him to throw a bunch of soy burgers and veggie dogs onto the grill and call it good.

“I want to show that there’s so much more that can go on the grill than frozen veggie burgers and asparagus,” he says. “You can put just about anything on the grill.”

That’s one of the reasons Schlimm wrote the just-released “Grilling Vegan Style,” which features 125 recipes designed to add bite to any plant-based backyard barbecue. He also wanted to prove that grilling isn’t just the domain of meat lovers.