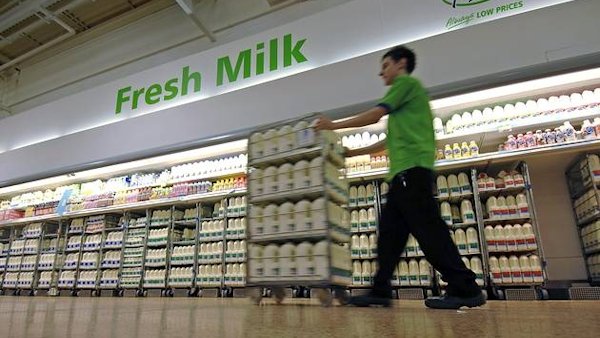 Got milk? For decades, dairy industry advertisements have convinced Americans that cow’s milk is an appropriate—and even essential—food for humans. Americans have been led to believe that cow’s milk is necessary for healthy, strong bones. As it turns out, dairy products may have the opposite effect.

A new study published in the British Medical Journal found that people who consumed the highest amounts of calcium did not have a reduction in bone fractures or osteoporosis. In fact, those who consumed the most calcium (more than 1,137 milligrams per day) had higher rates of hip fractures and similar rates of osteoporosis, compared with those who consumed less. Researchers looked at more than 60,000 Swedish women over 19 years and concluded no significant benefit to consuming more than 700 milligrams of calcium per day for bone health. READ FULL ARTICLE >>

EDITOR’S NOTE:  The milk of any mammal is intended only to nurse infant babies of that species and is extremely harmful if ingested by a different species causing cancer, heart disease, diabetes, asthma, skin problems, autoimmune diseases and more.