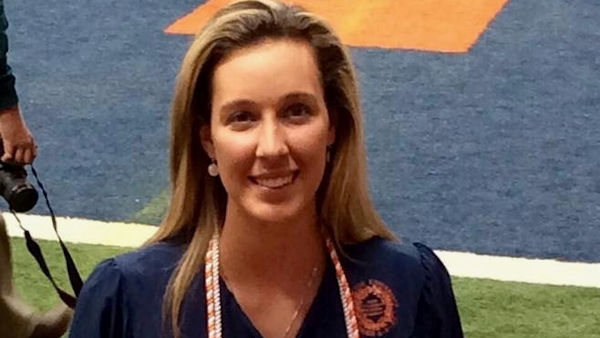 Currently ranked in the top 500 in the world, professional tennis player Amanda Rodgers travels all over the world to play.  We talk to her about her experience after she went vegan this summer.

How long have you been vegan and why did you go vegan?

I became a vegan July 1st, so i am still fresh. I had been thinking about it for a long time, and finally took the leap of faith when i was in Hawaii at a tournament.  The only reason I started going vegan in the first place was ethical reasons. I felt like a hypocrite, saying i was an animal lover, all while i was taking a part in the horrific animal industry. About 2 weeks after being fully vegan, i noticed a HUGE change in my health. I lost weight, digested better, had more energy, slept better, and my skin cleared up. I never feel the afternoon slump anymore. I was always a healthy eater, before being vegan. I had a diet rich in macro and micro nutrients. The only thing i changed is not eating meat. So now, i do it for ethical reasons and because i know from first hand experience, it is better health-wise.

What results/benefits have you seen by going vegan?

Being vegan has helped me perform better at my sport, and it is the best decision i have ever made. This is why i am passionate about sharing my experiences, in hopes i can convert as many people as possible to living a healthier life on a vegan diet.

Are there any foods you miss? If so, how do you deal with it?

I miss eggs and cheese. I used to eat an omelette for lunch every day before training. I have substituted that with oatmeal, or a big salad with roasted veggies.

Do you have any favorite vegan food brands?

Some of my favorite brands are Amy’s and Garden of Life vegan protein. They also make vegan protein bars that have little added sugar.

Do you find any challenges being vegan?

Well there are a few challenges we vegans face. If you do it the right way, you have to constantly be aware of everything you are putting into your body. And you also have to plan a lot to make sure you are getting enough protein and other nutrients in your meals. As a professional athlete, protein is my biggest concern but it is NOT hard to get enough, unlike the rumors. Also it is tough going out with friends and you being the only one who has to worry about altering your order at restaurants. But if you have a good reason why you are vegan, then you won’t give into the temptation.

What is your typical breakfast?

For breakfast, I eat the same thing every day. I have oatmeal with cinnamon, flax seed, and vegan protein powder. That tides me over for a full morning of training.

What are some favorite vegan “treats” you allow yourself?

My favorite snacks are Macrobars, Amy’s lentil soup, Brad’s Crunchy Kale chips. For treats or cheat days, I will have a Justin’s dark chocolate peanut butter cup from Whole Foods.

Have you been inspired by any other vegans? If so, who and why?

I have been inspired by Tom Brady, but I don’t think he is fully vegan. But I read in an article somewhere that he and his family are “mostly” plant-based. He’s one of the best athletes in the world, so I look up to him in that aspect.

Is it difficult to find vegan options when you’re traveling? Have you found some cities/countries to be more vegan friendly than others?

I would say it’s very easy in general to find vegan options when I travel-especially in the US. South America was difficult because they even cook the rice most of the time with chicken stock. But I have found at least 1 vegan restaurant in each city I’ve been to in the US so that has been really nice and surprising. Hawaii was where I first became vegan and everything there was so natural and plant-based in general.