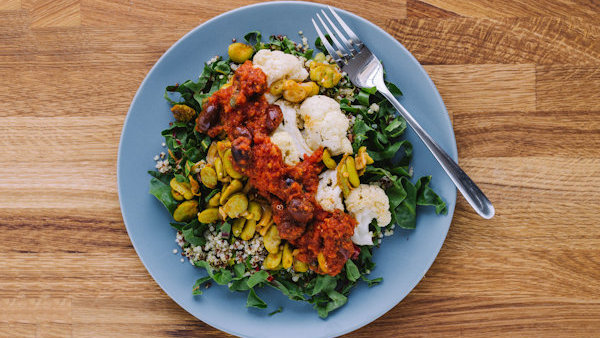 ‘Eat your veggies’ has taken on an entirely new level of importance as intentional eaters around the world are switching to a more plant based approach.

Starting Monday, December 3, Territory Foods will take a major step in supporting vegan communities in their DC, Southern California and San Francisco markets with the launch of their vegan menu.

“We want to support all people striving to eat with intention. We understand the power of personalized nutrition but also know how difficult it can be. Today we take our first step into linking arms with the vegan community,” Patrick Smith, CEO of Territory, says.

With responsible and local sourcing, Territory delivers fully prepared meals to its customers by supporting local businesses and giving back along the way. Territory teams up with top, local nutritionists and chefs to design a seasonally-influenced menu that perfectly balances flavor and nutrition while minimizing packaging and food waste.

“We believe the right food can change people’s lives,” adds Smith, who originally launched Territory Foods in 2011. “By making remarkably nutritious food both delicious and convenient, we make it even easier for people to achieve and maintain a healthy lifestyle. And in today’s busy world, we could use all the help we can get.”