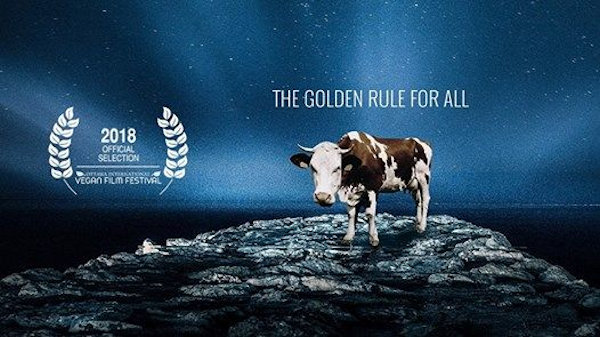 Award-winning director Thomas Jackson and producer, author and educator Victoria Moran announce the world premiere of their new film, A Prayer for Compassion, on March 5th, the evening before the official Start of Lent, in New York City.

The feature-length film, which was recently selected by a plant-based publication as one of the 21 Must-Watch Vegan Documentaries that will inspire people to change the world in 2019, strives to motivate and encourage those already on a religious or spiritual path to expand their circle of compassion to embrace all life, regardless of species, and make choices in alignment with this value.

Actress Evanna Lynch, Luna Lovegood from the Harry Potter films, said of the movie, “I was very moved by the many voices that make up this powerful documentary and by the unwavering conviction with which so many spiritual leaders spoke of the imperativeness to act now, align our actions with our spiritual values and take moral responsibility for humanity’s treatment of animals.” Musician, producer and animal rights activist Moby said, “This film reminds us that no being should be exempt from grace, kindness and compassion.”

The film follows Thomas on a quest across America, to Morocco for the UN World Climate Conference, and throughout the Indian subcontinent, asking the questions, “Can compassion grow to include all beings and how will people of faith respond to the call to include all of the planet’s inhabitants in a circle of respect, caring and love?”

The gala premiere will be held at 8pm on March 5 at the School of Visual Arts Theatre in New York. Tickets are $17 general admission and Q & A, and $75 for a very special VIP ticket, which also features a catered, pre-screening reception.

States director and producer Thomas Jackson, “I’m so excited to finally bring A Prayer for Compassion to audiences around the world. I feel it’s time we challenge ourselves, as people of faith, to truly live the teachings of compassion that are at the heart of all spiritual and religious traditions. The future of our children depends upon it.”

Beginning March 6, the film will be released in theatres, community centers and churches via the Tugg demand-it platform. Fans can visit Tugg page for a list of locations where the film will be playing and how they can organize a screening at their local churches or community centers. They can also click Follow This Film to be alerted when fans can begin organizing screenings in their local movie theaters.

In addition, the producers announced a partnership between the film and Million Dollar Vegan, the campaign that is engaging with world leaders, institutions and individuals to inspire positive dietary change, which on February 6th announced the campaign to donate $1 million to Pope Francis’ favorite charity if he eats vegan for Lent.

Producer Victoria Moran discusses the link between the world’s religions and compassion for all beings by stating, “I researched vegans’ religious and spiritual lives as part of my undergraduate degree in religious studies back in the 1980s. Now, vegan living and animal issues have entered mainstream conversation, but religion, which could be at the forefront, has shied away. Thomas’ wise and sensitive film intends to change that, and through the Tugg app we are providing people everywhere an easy-to-use platform by which they can share this film and its powerful, universal message with their friends, family and local groups.”