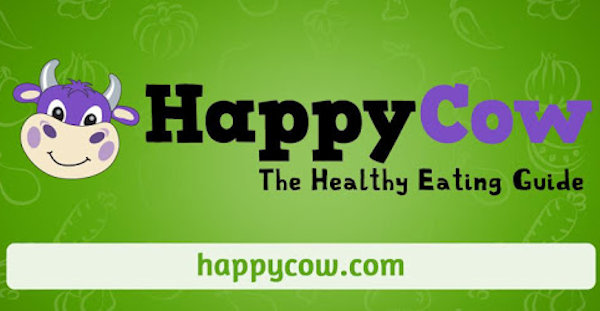 Looking for a vegan restaurant or vegan options in Warsaw, Cairo, Paris, Detroit, Atlanta, Boston or almost anywhere in the world? Look no further, HappyCow is the number one vegan restaurant referral and review site community, and it has been helping vegans and selective eaters locate restaurants and nourishing food for almost twenty years. HappyCow has gathered over 90,000 listings in 180 countries serving close to 300,000 users worldwide with more than 400,000 reviews.

Vegan and Plant-Based Lifestyle on the Rise

The U.S. has seen a 600% increase in people identifying as vegan in the last three years alone. According to a recent report by research firm GlobalData, only 1% of U.S. consumers claimed to be vegan in 2014. In 2017 that number rose to 6%. Sales of plant-based meats are also on the rise, up 24% from 2017 to 2018, according to the Plant Based Foods Association.

HappyCow was founded in 1999 as a public service to assist travelers and people everywhere find plant-based options and wholesome food. HappyCow is vegan-run, written from a vegan perspective, and staffed by vegans and vegetarians. HappyCow’s CEO Eric Brent said, “When I first became vegan over 28 years ago, I struggled to find vegan food at restaurants. Today, I am amazed that there are over 7000 vegan restaurants listed globally on HappyCow.”

The HappyCow online community has grown to include members from around the world who are passionate about the vegan lifestyle as a healthy, compassionate, and environmentally sustainable way of living. More than simply a restaurant and health food store guide, HappyCow is an ever-evolving online hub that serves millions worldwide each month.

With over 1 million downloads, the HappyCow app is a “must-have” for all vegans and anyone who wants to locate vegan and healthy food near their location, or any location worldwide. With the in-app filters, users can easily find the closest cuisine type of their choosing within a distance radius, and then use the map feature to get directions from their location to their destination (in miles or kilometers) and then save their selections for future use. HappyCow also makes it easy to find vegan ice cream or pizza, macrobiotic, raw, gluten free, vegan buffets, food trucks, street vendors, bakeries and other categories.

The HappyCow app is $3.99 (USD) and can be found on the Apple App Store or Google Play Store.

The HappyCow website (www.HappyCow.net) is a comprehensive gateway to all things vegan, including vegan restaurants, healthy food and also to a vegan lifestyle. The website offers an up-to date blog and an all-inclusive selection of social forums and interactive topics that will be interesting to any vegan or those interested in a vegan way of life. Topics include: vegan hotels, resorts and B&Bs, vegan news, travel, animal rights, going vegan, diet, wisdom, recipes, health and healing, connecting with other members and much more.