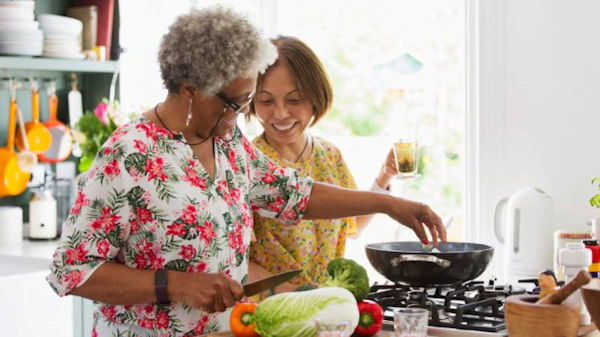 People following vegan diets are less likely to develop chronic diseases, compared with other dietary groups, according to a study funded by the NIH/National Cancer Institute.

Researchers analyzed the diets of those following vegan, lacto-ovo-vegetarian, semi-vegetarian, pesco-vegetarian, and non-vegetarian eating patterns and tracked several health biomarkers. Based on those biomarkers, the vegan group had the lowest risk for cancer, heart disease, and hypertension, compared with the other groups.

The vegan group also had higher levels of omega-3 fatty acids and higher serum levels of carotenoids and isoflavones associated with lower inflammation. Vegans consumed the most fruits, vegetables, whole grains, and legumes and had the highest intakes of beta-carotene and fiber and the lowest intakes of saturated fatty acids.

The vegan group was the only group to be in a healthy weight range, while all other groups were overweight, on average. These findings offer more insight into the relationship between diet-related biomarkers and disease and support vegan diets as a healthful approach to disease prevention.

Plague of Corruption: Restoring Faith in the Promise of Science