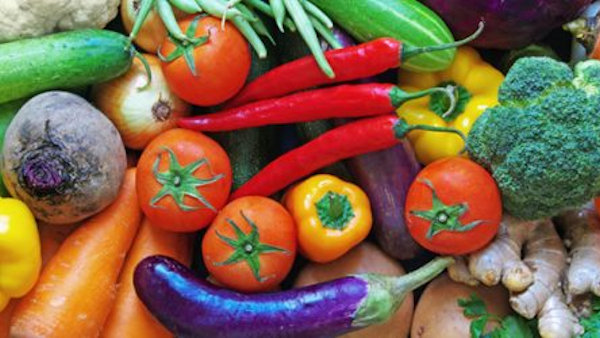 The following article was reprinted with permission from the T. Colin Campbell Center for Nutrition Studies (nutritionstudies.org)

In the early 1980s, about 1982 or so, I had a great opportunity to contribute to two quite substantial institutions, 1) as a member of a 13-member expert committee of the U.S. National Academy of Sciences (NAS) that wrote the first ‘official’ document on a relationship between diet, nutrition and cancer (released in 1982 after two years of many meetings and lots of writing) and 2) as a member of an NIH panel (i.e., study section) charged with reviewing research grant applications in a specialty called chemical carcinogenesis. In the NAS work, I was only one of two members that had direct laboratory research experience on nutrition and cancer (others had epidemiological expertise, chemical carcinogen metabolism expertise, public policy expertise and government food regulation experience). My colleagues were excellent scientists with established reputations but not specifically in nutrition research investigation. Our committee was, in effect, undertaking an exploratory journey to see what, if anything, might be said to the public about diet, nutrition and cancer.

In the NIH research grant review committee, we were evaluating and prioritizing applications for research funding and all the 15 members of the committee were skilled in fundamental cell biology, genetics and biochemistry, mostly concerning chemical carcinogens. Being the only member with lab-based research experience related to the role of nutrition and cancer, I was charged with articulating the then-emerging information suggesting that nutrition really appeared to be important in the development of human cancer. I was not interested in defining this as a vegetarian diet or vegan diet (a word not yet known to me). The vegetarian idea was widely believed to be mostly ‘outside of normal science.’ I was very much aware of the charged atmosphere whenever that word was mentioned within the scientific community. But my research and that of a few others impressed upon me that nutritional treatment of cancer, if valid, was mostly about consuming low fat, high fiber diets, best achieved by consuming vegetables, fruits and whole grains.

Thus I believed that this ‘V’ idea had to be communicated in an objective, scientifically valid way. My solution was to choose “plant-based” for lack of a better word. I also thought that the idea had to rest on good solid science, if it were to survive. Still today, I avoid the ‘V’ words because most vegetarians consume too much animal based foods (such as dairy and fish) and total fat. Vegans tend to consume too much processed food and total fat. I added “whole” to my “plant-based” nomenclature a little later, in order to avoid the idea that isolated nutrients (as in supplements) and/or plant food fragments (refined carbohydrates sugar and white flour) conveyed health. My considerable experience in court testifying to the inappropriate use of nutrient supplements compelled me to add the word “whole” as in “whole food, plant-based.”