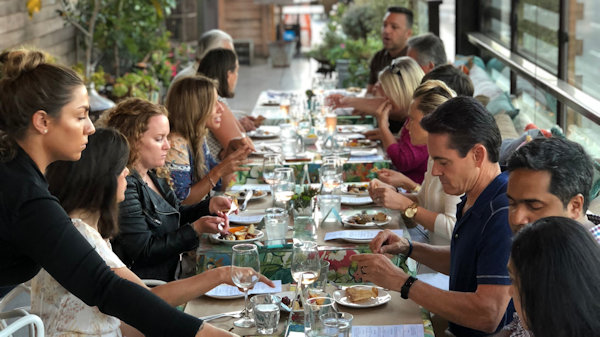 The first event in its ‘Summer Series’ is a winemaker dinner kicking off in San Diego on July 13 at Coasterra restaurant. It will feature a five-course prix fixe menu with accompanied wine pairings from Valle de Guadalupe-based Monte Xanic.

“Historically, prix fixe pairing dinners have centered around meat,” says Anna Keeve, the founder and chief experience officer at PlantBasedPopUp. “Because of this, vegetarians, vegans and the veg-curious often can’t participate in these social and culturally-enlightening experiences. That’s what inspired PlantBasedPopUp.”

Challenging the meat-centric food and wine dinner status quo (like pop-ups such as Cow by Bear), PBP seeks to bring the high-end pairing dinner experience void of meat or animal products with its plant-based alternative.

“There are plenty of vegan fast-food and fast-casual options out there,” Keeve noted. “PlantBasedPopUp offers something that you can’t really find anywhere else.”

The world is seeing a significant shift as increasing numbers of people are opting to eat plant-based foods. Whether full-time vegan or the occasional plant-based eater, people are becoming astutely aware of the benefits that arise from choosing animal-free products and experiences.

Behind the scenes, PBP also advocates restaurants to add dedicated plant-based dishes (often signified with a “V” for vegan on a menu) to their standard, daily menus.

“Restaurants are starting to recognize that there is a growing consumer segment that wants to see plant-based options when they go out to eat,” said Keeve. “And while not everyone wants to always go to a ‘vegan’ restaurant, people will chose establishments that offer the option.” Keeve calls this concept ‘inclusive dining,’ and encourages restaurants to adopt this philosophy when it comes to creating their standard menus.

“This year we wanted to bring back dinners at top, trendy restaurants and also focus on local and regional,” says Keeve in explaining the beverage-pairing program. “For the upcoming dinner at Coasterra, bringing in one of the premier wineries from Valle de Guadalupe in Mexico, Monte Xanic, is a great way to highlight the vibrant wine culture just south of our border.”

The upcoming dinner in San Diego is at Coasterra, with more dinners coming later this year in both San Diego and Los Angeles. You can sign up to get on the dinner invite list at PlantBasedPopUp.org. Two weeks before the dinner, subscribers in the vicinity of the venue receive a text message with a link to purchase tickets.