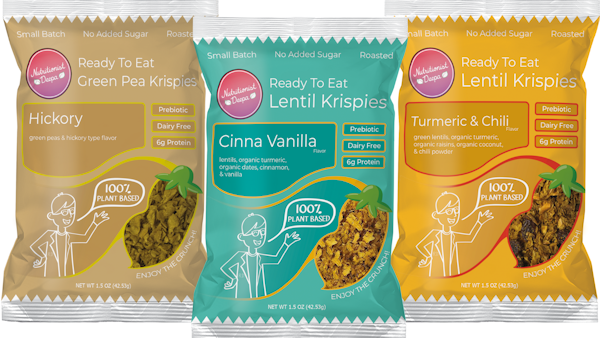 When dietician Deepa Deshmukh recommended that her clients add lentils to their diets, she encountered a surprising amount of resistance.

The benefits of eating lentils are many and varied. They’re a good source of protein, fiber and magnesium. They’re high in folic acid, promoting healthy cell growth. According to the Environmental Working Group, they’re one of the most climate-friendly protein sources there is. Still, in spite of lentils’ many selling points, Deshmukh’s clients were reluctant to incorporate this new food group into their meals. The flavor and texture was different than anything that they were used to. Living in a country where the vast majority of the lentil crop is exported, many clients were uncomfortable preparing lentil-based dishes.

Rather than give up on lentils completely, Deshmukh decided that she would try and make them more palatable to American consumers. After two years of research and another year of product development, she released her first product in 2019: Lentil Krispies.

Crispy and flavorful, the aptly named Krispies were a hit with Deshmukh’s clients. While generally used as an add-on to everyday dishes like soups, salads and stir fries, they could also be eaten straight out of the bag, proving convenient for on-the-go eaters.

By 2019, Deshmukh was so encouraged by the Krispies’ early success that she began selling Krispies on the e-commerce market, under the brand name “Nutritionist Deepa”. Now, Nutritionist Deepa has even bigger goals. Deshmukh is working to develop new kinds of lentil-based products, including ready-to-eat meals.

“Our tagline is ‘nourishing made simple’,” Deshmukh explained. “We want to achieve that in any way that we can.”

Lentil Krispies, along with upcoming lentil-based products, can be purchased or pre-ordered at www.nutritionistdeepa.com. To follow Nutritionist Deepa’s journey to raise plant-based food consumption among Americans, follow us on Instagram at @nutritionistdeepa.