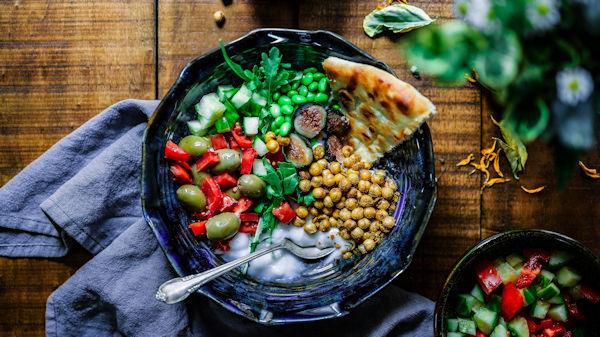 Some new studies that have come out in the past years make the argument that diet impacts our health in a number of ways. Many studies now explain that meat- and dairy-heavy meals can contribute to cancer, heart disease, diabetes, obesity, and more.

Many highly respected scientists, dietitians, and physicians say that we can actually not only prevent these illnesses with the right diet, but actually reverse some of their effects by simply not eating animal products. There are a lot of scientific studies that reached to the conclusion that dairy and meat contribute directly to disease, while foods like vegetables, fruits, soy, and grains are the main factors that prevent serious diseases.

Consuming soy products has also been linked to a boost in how effective tradition cancer therapies are. Soy protein and other vegan proteins are in fact higher in non-essential amino acids than almost all animal food proteins and therefore can also give us more health benefits. Here, we explore certain major diseases and how they can be prevented and our health restored by adopting a vegan diet.

Heart Disease
Some famous and highly qualified physicians and researchers have been studying heart patients who were put on low fat and plant-based diets. Their findings showed conclusively that every day the patients’ coronary arteries are widening further and their chest pain is going away almost instantaneously. These types of studies on heart disease have been replicated in many countries and different studies, with the results always indicating the same thing: patients with heart disease that switch to a plant-based diet are seeing their bodies actually heal themselves on a daily basis.

Cancer
Many studies, including some by The Cancer Project, have shown that at least one third of cancer deaths in the U.S. each year are caused by dietary reasons. There are many scientific studies that point to dietary factors as the cause of up to 80 percent of cancers of the breast, prostate, and large bowel. These studies also indicate the hypothesis, pending further research, that because humans are consuming more animal products than ever before, we are also consuming more carcinogens that are found in animal tissues and milk, not to mention other diseases and even antibiotics that these animals may be carrying.

Diabetes
A group of universities and researchers conducted a randomized controlled study which discovered and concluded that the subjects who were placed on a vegan diet had a lot more reductions in hemoglobin A1c, weight, LDL (known as harmful cholesterol) and body mass index in comparison to the subjects who were following the American Diabetes Association official dietary guidelines. This study, and other similar, should place more weight on diet changes and healthy eating as one of the best solutions and preventions for diseases instead of a reliance on prescription drugs.

Obesity
Vegan diets have also been proven to contribute to weight loss and staying at a healthy weight. Physicians’ studies show that plant-based diets help people avoid obesity, another common problem in the U.S. and itself a cause of diseases and early deaths. Vegan diets are even shown to be better for weight loss and maintaining a healthy weight than more traditional low-fat diets. These studies concluded this based on a large sample size and long-term observations.

The concept of veganism doesn’t have to be boring anymore. There are so many tasty recipes and options out there in the supermarket and you have freedom and flexibility to play with spices and try out new things. It’s also a lot more mainstream than it used to be and more widely accepted, so it’s much easier for vegans to go out to a restaurant and have a variety of tasty options, even with fast food, wings, burgers, and traditional meat meals. It’s important to research your dietary needs and speak with a physician or nutritionist before making any major changes to monitor your vitamin and other levels before and after, but there’s no reason you can’t also adopt a vegan diet and see your body start to heal itself.

Article by Darryl Martin, a professional writer and a proofreader at Academic Brits and PhD Kingdom, writes about health, wellness, and lifestyle. He enjoys exploring new concepts and research and breaking them down for his audience. Darryl’s work is also available at Case Study Help.

Plague of Corruption: Restoring Faith in the Promise of Science