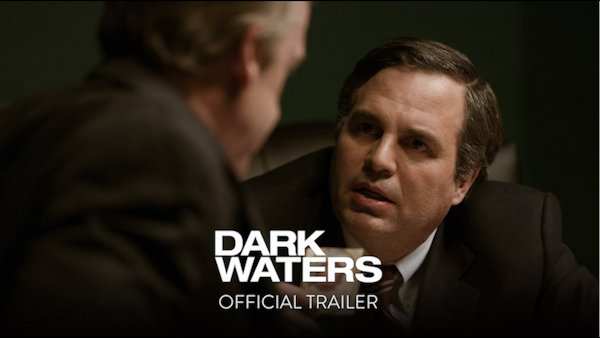 DARK WATERS tells the shocking and heroic story of an attorney who risks his career and family to uncover a dark secret hidden by one of the world’s largest corporations and to bring justice to a community dangerously exposed for decades to deadly chemicals.

A class of hazardous chemicals known as PFAS, or “forever chemicals” is rapidly contaminating water and people across the U.S. These chemicals are used in cookware, clothing and even in food packaging. But they’ve been linked to serious health effects, like hormone disruption and cancer.

PFAS chemicals are the subject of “Dark Waters,” the new feature film from Participant Media and Focus Features. The film is based on the true story of environmental lawyer Rob Bilott who took on DuPont after he uncovered evidence the company knowingly dumped toxic PFAS chemicals into drinking water in and around Parkersburg, W.Va.

Something interesting Vegan Magazine noticed in the Interactive Map, that shows the state of New Jersey absolutely saturated. New Jersey has the highest rates of Autism.

EWG has partnered with Participant Media to raise awareness of the PFAS contamination crisis and to stop the spread of these toxic chemicals. More information:

More information about the movie: